A Guide to Knowledge as Power 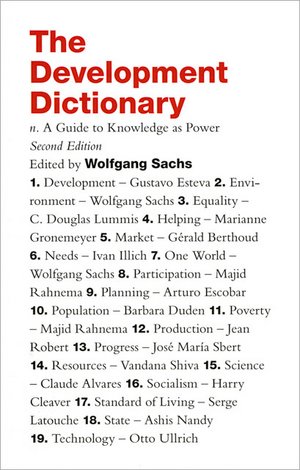 In this classic collection, some of the world's most eminent critics of development review the key concepts of the development discourse.

Each essay examines one concept from a historical and anthropological point of view, highlights its particular bias, and exposes its historical obsolescence and intellectual sterility. The authors argue that a bidding farewell to the whole Euro-centric development idea is urgently needed, in order to liberate people’s minds - in both North and South - for bold responses to the environmental and ethical challenges now confronting humanity.

The combined result forms a must-read invitation to experts, grassroots movements and students of development to recognize the tainted glasses they put on whenever they participate in the development discourse.

Contributing with an introduction and several articles, Wolfgang Sachs is also the editor of this new edition, which was published for the first time 18 years ago.

A Guide to Knowledge as Power (Second edition)