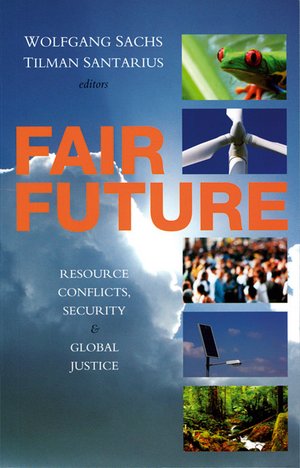 Oil crisis, water conflicts, declining food security - we hear one report after another about resource scarcity - while with growing populations and huge poverty, nations are demanding their right to development. In the age of globalisation this right cannot be disputed, yet the planet is already exhibiting signs of acute environmental stress. Indians want more roads and Chinese more oil: the struggle over nature will partly shape the crises of the twenty-first century. Clashes over resources, both major and minor, are often the unseen factor behind chaos and violence and it is vital to start thinking about how the distribution of resources can be made more just.

This book provides an account of what is involved in the resource conflicts of today and tomorrow. It puts forward perspectives for resource justice and outlines a global economic and environmental policy equally committed to nature and to humanity.

1. Justice for Realists 2. Unequal Shares 3. Arenas of Appropriation 4. Paradigms of Resource Justice 5. Fair Wealth 6. Governance for Ecology and Fairness 7. What is Europe Worth?